Exposure to asbestos can lead to the development of various types of lung diseases, including lung cancer. Asbestos, a naturally occurring mineral, is not harmful in its original state. If asbestos is broken down or disturbed, however, its fibers separate and can be easily inhaled through the nose or mouth.

If ingested, the microscopic fibers can become embedded in the lungs. Over time, the fibers can accumulate and cause irritation, which can eventually lead to the development of lung cancer. In addition, there is a synergistic effect between smoking tobacco product and asbestos in the formation of lung cancer. However, not all lung cancers are caused by exposure to asbestos. If you or someone you know has been exposed to asbestos, it is important to contact a physician immediately for a complete examination.

Symptoms of lung cancer vary and tend to resemble the symptoms of several other conditions. However, they generally include:

Due to the latency period, the majority of patients will not display any symptoms of asbestos-caused lung cancer until the disease has progressed to later stages. This means that it can take up to 50 years after the initial asbestos exposure before the symptoms become noticeable. 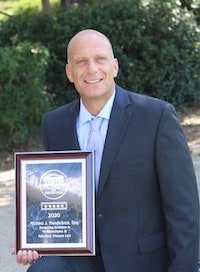 Contact Us
Claims We Handle
Mesothelioma Lawyer Blog - Lung Cancer
Client Reviews
★★★★★
"Just wanted you to understand how very thankful we are for everything you are doing for us. We haven't had anyone help us and look out for us like you have. It takes a very special person to do what you are doing, My father said just before he died that there would be someone that would come into my life to help me with his affairs. At that time I didn't understand what he was trying to say, but now I do. Again, thank you very much." Richard A Bennett, Client
Submit a Law Firm Client Review